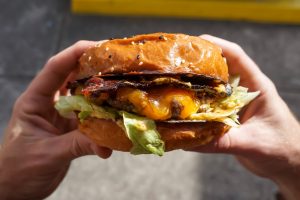 Very few people will go on any type of weight loss diet and stick to it faithfully until they reach their goal. Food has addictive qualities, which may explain why people struggle with compliance to a diet. But what can trigger a lapse or relapse when it comes to diet and exercise?

Many people being treated for any type of addiction deal with lapse and relapse. Lapse is a short period of returning to the addiction, whereas a relapse is a longer-term violation – for example, more than a day of giving up on a diet, or more than a week without exercise.

In previous research, it has been found that mood and emotions play an important role in trigger relapses during weight loss interventions. Feelings such as tension, sadness, loss of control and increased stress are associated with more temptation and lapses in formal weight loss programs.

Researchers designed a study to explore potential psychological and social triggers, when they occur, and whether these triggers can predict lapse or relapse during a weight loss intervention.

Participants were adults that had a BMI higher than 25, or higher than 24 if they had at least one cardiovascular risk factor (e.g. high blood pressure). Exclusion criteria included any medical conditions that would interfere with participation in the diet or exercise, and intentions to move out of the are over the 12 month period. 588 participants were recruited, and 469 completed the trial.

The researchers assessed participants’ weight at baseline, and at 3, 6, 9 and conclusion of the trial. BMI was also calculated. To measure and assess the psychosocial triggers, the Shiffman analysis used for addiction to smoking was adapted by a panel of weight control research experts.

The researchers found that early lapse and relapse triggers were not predictive of weight change over a 12 month period.

However, they did find that later issues up to the 9 month mark could influence compliance and relapse. Negative emotional states and urges were both shown to trigger diet lapse at 9 months.

Another interesting finding was that participants who experienced difficulties with eating in social situations lost more weight than those who did not. The researchers theorised that this may be because social situations are more conducive to adaptations, and may reinforce moderation when eating.

Some limitations of the findings were noted by the researchers. The data was collected in 1998, and there was only 12 months’ worth of data to analyse. There may be further findings to contribute to this area of research if it included longer trials, or trials that were conducted more recently.

It was concluded that negative emotional states and urges at 9 months were associated with weight change at 12 months. Difficulties with adhering to a diet in social situations had a positive association with weight loss at 12 months, although this finding requires further research to explore the reason for this association.

Addressing negative emotional states and urges over the long-term should be a priority for anyone working with weight-loss clients. Assessment and treatment of depression and related states may improve weight loss efforts in the long term.

Can Mindful Eating And Chewing Your Food Lead To Weight Loss?

Simply following a calorie-restricted diet is unlikely to lead to long-term weight loss. Many health…

Initial weight loss is often only half the battle won. For many, the real struggle…