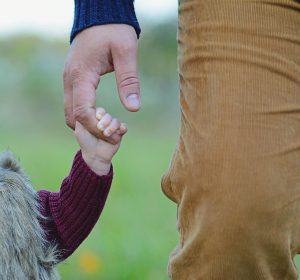 You lead an active life, keeping fit thanks to Friday night football and weekend cycling sessions with your mates. You decide to start a family and life gets a whole lot busier. Gradually, your activity levels decline and your fitness takes a dive. It can happen to the best of us!

There’s plenty of research around the impact of parenthood on women’s lives, but not as much time given over to changing relationships with fitness for fathers. Researchers in the Netherlands carried out a comprehensive assessment of existing data about physical activity levels and health outcomes for dads.

It’s normal for activity rates to change over the course of one’s life, but parenthood – and especially living with young children – is often cited as a major reason for declining fitness. The impact of pregnancy and childbirth on women’s bodies has direct repercussions for their relationship with physical activity.  But other facets of parenting that can impede sport participation, such as being time-poor or having childminding responsibilities, may apply equally to fathers.

The Netherlands research team found a paucity of data in this area. It’s an important omission, with repercussions for both men’s health and their abilities to be role models for their children. Additional research around fatherhood and health could instruct governments, health professionals and the fitness industry on ways to support men to stay active for longer.

The researchers scanned a range of current awareness tools seeking research papers on fathers and fitness from 1994-2014. They uncovered 54 scientific papers (only 1 of these from Australia); contrasting with thousands on the topic of motherhood and health. They specifically looked for information around ‘MVPA’ – moderate to vigorous physical activity – as this is most beneficial to general wellbeing.

With the literature in hand, researchers looked for commonalities about if, how and why men with children showed lower levels of MVPA than men without children. These findings would then indicate the most valuable areas of future research and public policy development.

Two key indicators were revealed as reasons why men with children participate less in MVPA: lack of time and social isolation. Changes to the way one spends time is a natural consequence of parenthood, but changes to social networks is a less obvious driver. One reason these social changes occur is that men are more likely to return to full time work shortly after becoming parents than women, and many parent-friendly activities are offered during the day. This has implications for men’s physical and mental health.

Another key driver was around identity. Men who had very close associations with a particular sport showed no decline in participation with that sport after parenting; for example, if they were members of a football team.  Even these men, however, showed a decline in informal MVPA.

The majority of papers agreed that the impact of fatherhood on MVPA was most detrimental when children are younger than 6 years old. Activity levels improved over time for some fathers as children got older. The theory here was that children, too, increase their activity levels and participation in sport over time, encouraging parental involvement and role modelling.

Reducing physical activity for up to 6 years will be enough for some men to ‘break the habit’, leading to longer term reduced fitness. Other men will resume high activity levels as children get older. There are many variables affecting individual lives, but further research in this field could reveal when and how it is possible to intervene with encouragements. For example, should we be offering more ‘daddy/child’ sports programs for new fathers? Can we encourage men to be more secure in their relationship with sport before fatherhood? How do we support whole families in the early years with children?

This research project was designed to establish a baseline on existing research and encourage future investigations into helping fathers maintain a healthy relationship with sport. The major difference in the number of studies around motherhood vs fatherhood is significant.

Offering support for whole families in maintaining physical activity may take some ‘out of the box’ thinking from governments or fitness professionals. The health benefits to men are clear, but there is also evidence that parents have a strong impact on their children’s feelings towards sport and physical activity.

It’s one challenge to lose weight. But for many, the biggest challenge lies in maintaining…

Does Intensity Of Exercise Affect Energy Expenditure And Weight Loss?

Along with diet, exercise is a vital part of a person’s weight loss efforts. But…

The Impact Of Weight Loss On Mortality In Obese Adults