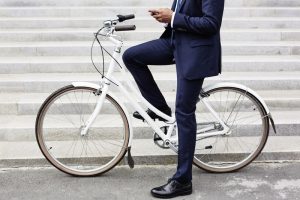 Should health be a personal or a public responsibility? It’s a question for the ages, and one that inspires lively debate around issues like government funding for weight loss or stop smoking programs. Occasionally, policy makers float suggestions like a tax on fast food or sugary soft drinks, with the aim of making these foods more expensive than health food options – driving us to make better health choices.

One recent Australian study has made driving itself the focus of the debate. If driving was prohibitively expensive, would we be more inclined to walk or ride? Would a tax on fuel positively influence our exercise habits?

Australia is sometimes thought of as a nation of ‘car lovers’. Part of this reputation comes from the fact that Australia is a big country, necessitating long commutes for some people who may travel significant distances just to get to work.

At the same time, however, most Australians live in urban centres, with the highest populations in capital cities. Reliance on driving shorter distances in cities, for reasons of convenience, is considered a contributor to the ‘obesogenic environment’ that increases obesity levels in the population.

The increasing global burden of largely preventable diseases has forced policy makers to consider what’s known as ‘upstream interventions’ – whereby government decisions, like tax increases, force the population to change behaviours. This has been successful to reduce smoking, for example, and could potentially work in the same way for limiting automobile dependence.

Researchers set out to examine how increasing the tax on fuel might be a positive intervention for obesity prevention. The research was twofold: firstly, using modelling to establish the potential health benefits of the tax; secondly, financial modelling to determine the cost effectiveness of such a tax.

The research shows that ‘active transport’, including walking, cycling and using public transport, reduces the risk of cardiovascular disease and other lifestyle-induced diseases.  In Australia, in 2012, only 2% of the employed population cycled to work, and 4% walked – so there is considerable room for improvement.

Researchers recognized that it would take a complex combination of legal and economic changes to bring about a wide-reaching shift in this behaviour, but the potential health gains – and cost savings to the public health system – make fuel tax increases worthy of further research.

Some influential findings from this scoping study included:

Some people already make the choice to cycle or walk to work to save money on fuel, positively impacting their health in the process. If more people made this choice, the overall health of the nation would improve.

Some countries with high prevalence of active transport (such as The Netherlands) also have high fuel prices, however there is a lack of research at this stage to confirm a direct correlation.

An increase in fuel tax is also likely to be politically and socially sensitive, as many people see ‘upstream interventions’ as impacting their right to freedom of choice.

With all this considered, however, this research suggests that a better understanding of the different economic, physical, environmental, cultural and legal circumstances that might result in more active transport and less private vehicle travel is warranted.

Adolescents are a prime target market for junk food advertising. With obesity on the rise,…