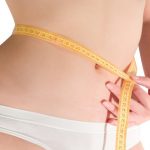 We’re conditioned to think of fat as something we must reduce to maintain good health – but not all fats are equal. In the past few years, ‘brown fat’ has become the new ‘good fat’ under scrutiny by scientists. Higher levels of brown fat are linked with increased metabolic rate and improved blood sugar control, but researchers are still not quite sure why. The latest research suggests another phenomenon – ‘beige fat’ – might provide some answers, as well as a speedier pathway to harnessing therapeutic rewards.

Unlike ‘white fat’ which holds our excess calories and is slow to metabolize, Brown Adipose Tissue (BAT) or ‘brown fat’ burns energy to produce heat. It was long understood to be present only in small mammals, including infant humans, who did not have the ability to shiver as a defense against cold. It was only in 2009, with improved imaging techniques, that brown fat deposits were identified in adult humans. This discovery led to immense scientific interest and ongoing research into the potential of brown fat to treat conditions such as obesity and diabetes.

Researchers set out to map recent thinking on the topic of brown fat and provide a ‘where to from here’ report on its potential in therapeutic activities. Of major interest was the discovery of ‘beige fat’; that is, brown-like fat cells that have now been located amongst the ‘white fat’ cells, which are far more commonly found in adult humans. Whilst brown fat has a complex chemical makeup that’s hard to replicate, ‘beige fat’ can potentially be manipulated using tools like temperature control, medication and exercise.

Why the sudden interest in beige?

Brown fat in adults exists in far smaller amounts than white fat. It is found in areas of the body we wouldn’t normally associate with fat deposits, such as the neck and shoulders. Research is ongoing into the relationship between this unusual type of fat deposit, the body’s temperature control mechanisms and the resultant impact on body weight.

New research has shown that it is possible to ‘grow’ a type of brown fat in certain circumstances. This ‘beige fat’ is not as effective at heat generation as the typical brown fat found in infants, but it has the benefit of being more easily replicated.

Scientists are keen to identify ‘browning agents’ that can convert WAT to beige fat. Gene therapy, pharmaceutical interventions and plant-based substances are being investigated as possible browning agents. It’s also clear that reducing body temperature triggers browning activity; watch out for advances in ‘cold therapy’ on the horizon.

Do all roads lead to brown?

Gaining a better understanding of brown fat may lead to new approaches in weight loss, but it also helps us understand why certain existing treatments are effective. The medication Liraglutide, for example, which is used to improve type 2 diabetes and assist weight loss by suppressing appetite has now also been shown to stimulate BAT thermogenesis – leading to browning of WAT. The same goes for natural substances like chilli, which were thought to ‘speed up the metabolism’ and are now known to affect BAT activity.

Exercise, similarly, is a treatment for obesity and obesity-related complications because it burns calories and increases muscle mass. Research now also shows that exercise plays a critical role in browning of adipose tissue.

Another popular area of obesity research involves the microorganisms at work in the human gut. Research shows that cold exposure dramatically shifts microbial composition in the gut, and this is tightly correlated with induction of browning activity.

It seems that many of the different avenues researchers have been exploring with regard to obesity are meeting at one crucial intersection – the role of brown fat.

The discovery of brown fat is of major importance to our understanding and potential treatment of obesity in humans. This research study provides an overview of current thinking and challenges researchers to take the next steps in determining which compounds or processes will induce production of brown fat without adverse side effects.

While the discovery of brown and beige fat is exciting for scientists and the weight loss community alike, much research remains to be done to unravel the BAT puzzle and determine feasible clinical uses.

The Link Between Weight Loss And Cognition

Two of the greatest strains on public health are obesity and cognitive disorders. There is…