‘No Body Shaming, weight loss as a cure not an enemy’ with Zhanna Gee

A leading Australian certified nutritionist has called out the growing “anti body shaming” and “body beautiful” trends as being detrimental to women leading healthy lifestyles. Zhanna Gee, founder of holistic health and well-being company, Slim By Nature, has raised concerns that women have become too ashamed to go on a diet. 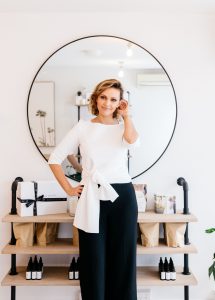 The body positivity phenomena recently prompted the founder of Greatist, a health and fitness site, to defensively write, “It’s O.K. to want to lose weight”, in response to criticism. “Many people in the body positivity movement believe that the desire to lose weight is never legitimate, because it is an expression of the psychological toll of fat shaming,” said Ms Gee.

Mrs Gee’s interest in women’s health was born seven years ago after being involved in two separate car accidents resulting in a dependency on pain medication, crippling back pain, weight gain and the onset of depression. Mrs Gee said the Slim By Nature movement, which includes more than 30,000 women, aims to avoid the stigma associated with weight loss programs, and instead focuses on clean eating, detoxing and fat burning.

About Zhanna
Driven by passion and a desire to nurture, educate and empower women on their journey to a healthier and happier life, Zhanna Gee is the founder and driving force behind Slim By Nature – the holistic health and well-being company taking Australia, and the world, by storm.

Born-and-raised in Latvia, and educated across the world in Switzerland, Germany and Australia, Mrs Gee immigrated to Australia more than 20 years ago, with no knowledge of the English language whatsoever. Today, she is a multi-linguist – fluent in three languages.

Make sure to listen in to a webinar that will help you, and your clients, better manage the weight and their health.

If you are an international attendee, go to http://www.timeanddate.com/ to find out the local time in your area