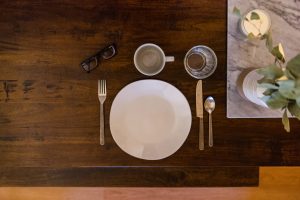 But does this approach have benefits that equal those of continuous energy restriction (CER)?

Obesity is linked to an increased risk of many cardiometabolic diseases, including cardiovascular disease and type 2 diabetes. Central obesity is of particular concern when it comes to increasing risk of heart disease and diabetes. When looking for ways to address obesity, it may be important to also consider other risk factors for these conditions.

Reviews have reported that IER is no more effective than CER for treating overweight and obesity. However, studies do suggest that IER has benefits for blood pressure, fasting glucose, lipids, inflammatory markers and insulin resistance.

To further explore the comparison of IER and CER, researchers designed a study to explore the effect of both approaches on cardiometabolic health.

The study designed was a 4-week parallel-arm randomised controlled trial that compared IER and CER diets and their effect on cardiovascular and metabolic markers on adults with central obesity.

45 participants took part in the study. Both the IER and CER protocols were designed to reduce weekly energy intake by 3500kcal, with the aim of eliciting a 2kg weight loss by the end of the trial. Participants in the CER group were given personalised dietary advice for a Mediterranean-style diet with a daily 500kcal deficit.

There were no differences noted in lipids, inflammatory markers or heart rate variability between the groups.

The researchers concluded that short-term IER and CER diets are comparable for most cardiometabolic risk factors.

A few limitations were noted. Insulin sensitivity testing was only conducted in a fasting state, which may miss any benefits experienced after consuming a meal. Additionally, the findings cannot be applied to those at higher risk, such as those with hypertension or pre-diabetes, without further research.

One of the most researched diets to date is the Mediterranean diet. This diet has…

Often, diets focus on removing foods that can cause weight gain. Despite reducing calories, many…