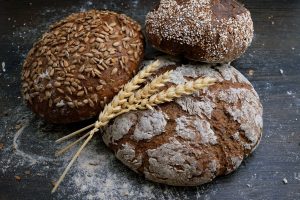 With more research focusing on the effect of gut health, more researchers are exploring the relationship between gut flora and weight loss. But could some types of bacteria predict whether you can successfully lose weight on specific types of diet?

A person’s diet can have a significant impact on their microbiome, or gut flora. But researchers are starting to find that differences in gut flora can also have influence on the impact of the diet, especially in terms of obesity management.

Recent studies have found that people with an abundance of Prevotella in the gut lose more weight on diets that are rich in fibre compared to those with low levels of the bacteria.

46 participants were stratified by their baseline Prevotella:Bacteroides ratio and Prevotella abundances. 24 with no Prevotella present were analysed separated.

Participants completed a 4-day food record of food and beverages at baseline and during the last week of intervention.

Participants with high Prevotella abundances lost 1.8kg more on the whole-grain diet than on the refined-wheat diet. Those with low Prevotella remained relatively weight-stable.

Participants who had no Prevotella present lost 1.59kg more on the whole-grain diet than those on the refined-wheat diet, with those consuming refined-wheat actually gaining an average of 0.63kg.

There were no changes in appetite sensation, glucose metabolism or faecal short-chain fatty acids associated with the different Prevotella groups. There was no correlation found between Prevotella:Bacteroides ratio and weight changes in either the whole-grain or refined-wheat diet groups.

The researchers concluded that healthy, overweight adults with high Prevotella abundances lost more weight than those with low Prevotella when consuming a high-fibre whole-grain based diet for 6 weeks.

People with no Prevotella present responded differently to those with low Prevotella, losing weight on a whole-grain diet but gaining a small amount of weight on the refined-wheat diet.

They noted that the findings further supported differences in gut flora as a potential biomarker for personalised nutrition and obesity management.

Everyone has heard that eating too little puts your body into ‘starvation mode’. As a…

The Link Between Weight Loss And Cognition

Two of the greatest strains on public health are obesity and cognitive disorders. There is…