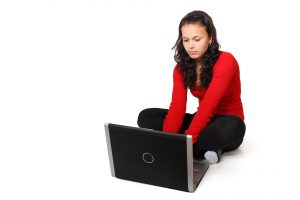 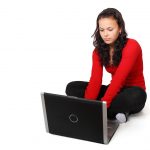 Adolescents are a prime target market for junk food advertising. With obesity on the rise, policy makers occasionally float the notion of legislating against ads for high calorie foods.

But does showing a young person pictures of specific foods actually prompt them to go out and buy those products? Dutch researchers wanted to analyse the neuropsychology behind adolescent consumer behaviour when it comes to food.

The food choices made by children and adolescents are biased by what’s known as ‘the obesogenic environment’. This is a term for a way of life that constantly exposes them to unhealthy food advertisements, amongst other influences. There’s a whole marketing industry out there researching ways to convince us to consume particular products, and adolescents are right in the firing line.

We generally understand the impact of marketing on buyer behaviours, but less is understood about the underlying mechanisms that bring about this cause and effect response.

Ideomotor theory proposes that ‘exposure to a certain outcome can activate the behavior that previously yielded this outcome’. Put more simply, we associate certain actions with specific rewards. If we see someone really enjoying a chocolate bar, we might also go and buy a chocolate bar, anticipating a similar enjoyment level.

A secondary level of testing in this study involved ‘Pavlovian’ responses. This theory suggests that we can be trained to associate imagery, sounds or smells with specific outcomes. For example, we may only need to see the logo of our favourite fast food chain to begin salivating and craving their products. This is the thinking behind big brand marketing.

To test these theories specifically in relation to adolescent food advertising, the researchers devised the Delicious Snack Game, which participants played on laptops under lab conditions. Players earned points towards chocolate, crisps, cucumber and tomatoes by slaying monsters. The aim of the game was to slay as many monsters as possible and be rewarded with a tasty snack.

Each monster was defending a particular food type, and participants needed to press a specific key to defeat it. Participants were not told which key was the right key, but were gradually trained by their correct and incorrect responses. Along the way players also provided feedback on their hunger levels and desire for certain foods.

The results clearly showed that players in this age group were quick to learn the associations between monster images and related food images. This was an expected outcome.

Less expected, however, was that players were significantly more accurate and quick to respond when the food picture depicted a high-calorie food. This was the case across the board, even amongst those who reported that they were not hungry and had no desire for the unhealthy food options.

The study provides an understanding of the relationship between neuropsychological mechanisms and the obesogenic environment when it comes to adolescents’ food-related choices. The results show how easy it is to ‘train’ adolescents to associate particular images with desirable food rewards. For this reason, researchers suggest that efforts should be made to curtail targeted advertising of unhealthy foods to adolescents.

At the same time, the Pavlovian response testing showed that game players could choose the right ‘monster’ without seeing a picture of the food it was defending. In the same way, if a product uses a cartoon character in its promotions, for example, adolescents will only need to see or think about that character to desire the related food product. So, food advertising is essentially still happening as children watch TV or play video games, even if no specific food advertisements are shown. This makes regulation of this type of advertising extremely challenging.

On the plus side, however, the research also suggests that we can be ‘trained’ to prefer healthy foods in the same ways. The trick is to get advertisers on board with the right imagery, targeted early enough in one’s brain development.

Is Beige The New Brown? The Latest Pieces In The Brown Fat Puzzle

How Does A Low Carb Diet Affect Cardiovascular Health During Weight Loss Maintenance?

Can A Diet High In Functional Foods Maintain Weight Loss?

Despite the many people who follow a low-calorie diet, only 20% of overweight and obese…